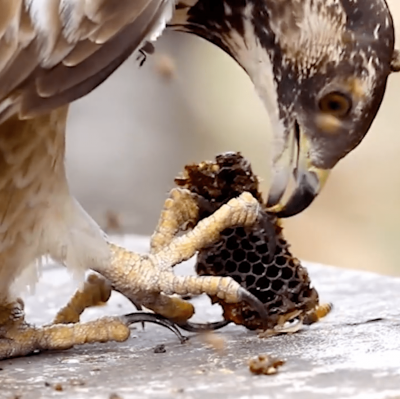 “A bat first grew wings and of the proper kind, by its desire being organic enough to reach the sub-consciousness. If its desire to fly had been conscious, it would have had to wait till it could have done so by the same means as ourselves, i.e., by machinery.” 1

Organs evolved to solve very specific mechanical, chemical, and quantum mechanical problems. They are insignias constructed through which the unconscious communes with the physical demons eg. the ear of the bat reflecting pressure waves to concentrate them onto membrane; bones designed for impedance matching for maximal transfer of air-borne acoustical energy into liquid-borne acoustical energy, a convolution harkening back to wetter periods of animal evolution; the spatial mapping orchestrated over the surface of the auditory cortex that physically imprints positional information interpreted from the continuous vibrational signals received from billions of sensitive hairs as they drown in the vibrating endolymph.

Our mechanical bodies act as vessels for the force of life inhabiting the tendrilous negative space between electrons. A bitter existence is embedded in this precedent-first, imperfectly adapted machine… an architecture of longing, identity, and space of social incident. The memory of the past - figments of ghosts diffusing through the space time corridors of the cellular structure of life - a vessel for life to inhabit, for memory to live within, for emotion and self to imprint.

Mechanical evolution is an extension of natural evolution, one whose reproductive information lives not in information-dense genetic strands, but as memetic viruses in the primate’s socialized mind. Their structure’s every dimension is necessitated purely by the requirements of its underlying sigilic structure - or the laws of physics. The concentrated solar-thermal power plant, reflecting and reorganizing the sun’s energy, stands as more than a vessel for liquid salt and energy. Beaming over the desert, it holds a bestowed authority and power.

Sex is the harsh, imperfect method tasseled with bliss by which life continuously approaches the spherical celestial perfection of heaven against the infinite complexity that such an adaptive system restrains itself; that is, against an emergent competition for limited resources and limited opportunities for sex. In this limit, life’s adaptation produces bodies of infinite complexity, composed of organs of perfect energy conversion efficiency. No energy is left behind, no energy is unnecessarily wasted, replication is extravagant, and diversity abounds to take full advantage of every niche.

Yet the mass wasting of bodies is to remain, diversity being not only the origin of selective advantage, but also the taker of all those programmatically imperfect replications. It is sexual diversity not unity: mass waste, death, omnipresent selection for the attainmennt of minute advantages. These are the sins of natural evolution. Mass wasting, the atonement for which is given only by the Son of God in the form of a bitter cup, the bleeding from every pore, a vessel of transport for life’s sins.

consious evolution (once free of both sex and mass waste (initially invention, mechanism), to which both return with replicative freedom (then a continuation of biological evolution)

The structure of biological humanity as a channeling of human will and immiseration is the prerogative of reproduction and bitter cup of life: sex and ecstasy, carried out by the orchestration of trillions of individualy inconcievable cells formed to function as a translation layer between physicality and intuition. This logistical arrangement of biospheric resources into a mechano-chemical structure of misery is the sole purpose of ecstasy that represents a single cog in the punctuating reproductive cycle of evolutionary adaptation.

The bat's unconsciousness will develop exquisite hearing for the purposes of navigation and consumption, but will inevitably be the first to hear the last sounding of the angels' trumpets announcing the coming of God and the destruction of all sinful organization.