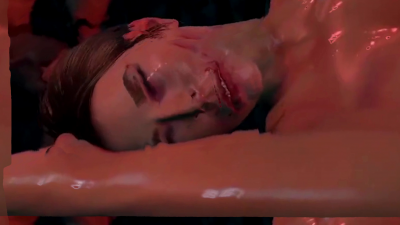 Set as a stream of consciousness, "Master Bedroom" tells the story of a young woman whose life changes drastically after she leaves the Ultra Music Festival with her fiancé Jack. Arriving at the airport, the blast of the drift shatters not only her love for her boyfriend, but also the world around her. Except for a few women, the drift killed the entire population, leaving only the glow of an eternal sunset from the festival's atmosphere. The young woman, voiced by Rachel de la Torre, begins an eremitic life on the top floor of a skyscraper and over the years begins to reflect on utopias and the meaning of the destructive event. She reflects on her relationship with Jack, her femininity, sexuality, and longings. Driven by the hope of an afterlife, she makes the decision to retell her story through videos from the Internet.