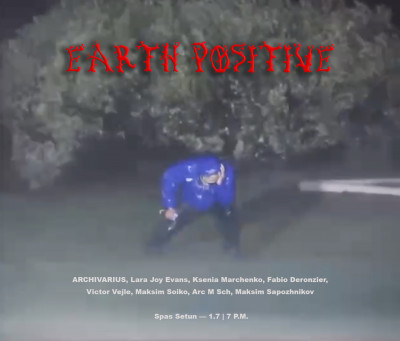 “Death and life are so closely united in her [Greek goddess Gaia] that it is not easy to separate them. Through life she brings everything to death, but she also through death endows everything with life. It absorbs both the light of day and bottomless blackness of night. Graves and cradles, both stand on it.”

The current era seems to offer us more graves, but the number of cradles has not diminished either. Another question is what outcome this (still) overproduction of human beings works for. Are we born—or are we already reincarnated titans, the hidden forces of the angry planet? Who are we really?

Titans. Giants. Chthonic monsters. Children of the Earth buried alive in its depths. Prisoners of the sun’s deprived subsoil, yarning to break free. Passionately approaching the moment when—by the forces of humans, inside humans, and against humans—to enter the world. Here we have come and declared the end of humanity, the end of ourselves.

However, the vow to destroy humankind utterly must be fulfilled at all costs, otherwise the titans will fall again, sealed back in unthinkable abysses, in endless torment and self-destructive hatred. “The law of the truth of miracles is harsh and inoxerable: whoever of the marvelous creatures of the realm of living life fails at least once to fulfill its destiny is doomed to the realm of dead life.”

The Earth is indifferent: whether the people who have tortured it for centuries win or else the titans who worshipped their mother succeed—it absolutely doesn’t matter. The Earth is ready to accept any triumphant, yet it loves the way the living will envy the dead. The truth is neither humans nor titans stand a chance. None does.

The planet is going to shred the entire creation. Swallows. Turns to ashes. Reborns. And all over again crushes and humiliates. Doesn’t even leave a name. And those who accept its will and serve faithfully will gladly rush to their doom in the first ranks leading hundreds of thousands, hundreds of millions.

“Although a weaver would wish to mend his web or a clever calculator would correct his mistakes, and the artist would try to retouch his masterpiece if still imperfect or slightly damaged, Nature prefers to start again from the very clay, from chaos itself, and this horrible waste is what we term natural order.”

There won’t be Golden Age anymore. The Earth doesn’t allow it. We have played it out. It only leaves us with a new religion. A belief in Earth’s divine suffering, which implies—as a reciprocal offering—voluntary self-torture of its children. The stronger your service, the more incurable should be the wounds that cover your body; the more resolute should be the rejection of all pleasures and well-being; the more fierce should be the contempt for oneself and others.

The era of flagellants, weepers, and poisoners is upon us. Of inquisitors, supervisors, and deleters. Of explainer cards readers, amnesia virtuosos, and grief educators. Tongues of flame rising from the sacrificial pyres reach the sky, while the eyes of the punishing righteous persons glare. What a fine time we have now!